“The construction dating from the 11th century and artifice of what is now Ribes de Freser is an architectural vestige from the Middle Ages. After its abandonment, it was repopulated by a colony of singular characters, called golluts or dwarves, linked to quite a popular legend. Different restorations from the 1980s up to 2019 have made it accessible to visitors.

The castle is situated on a hill that dominates the entire valley in the high part of Ribes. This castle is essentially a ruin, only low pieces of stone remain. Today, it comprises a tower in quite a ruinous state which has had some of the architectural elements of its windows looted. It also preserves some wall panels, with relieving arches and some buried naves.

The morphology of the castle is pretty complex, adapting to the natural topography, so the construction has wide retaining walls, laid out in the form of terraces, filled from the bottom of the rooms that have rock as a base on a marked slope, rainwater drainage: a system of channelling through the cut rock, openings in the walls.

The northeast side, which is more accessible, is defended by a tower.

The perimeter of the castle is polygonal, adapted to the form of the outline of the stone. The north part is the best preserved (three floors at the foot of the tower remain).

The construction dating from the 11th century and artifice of what is now Ribes de Freser is an architectural vestige of the Middle Ages.” 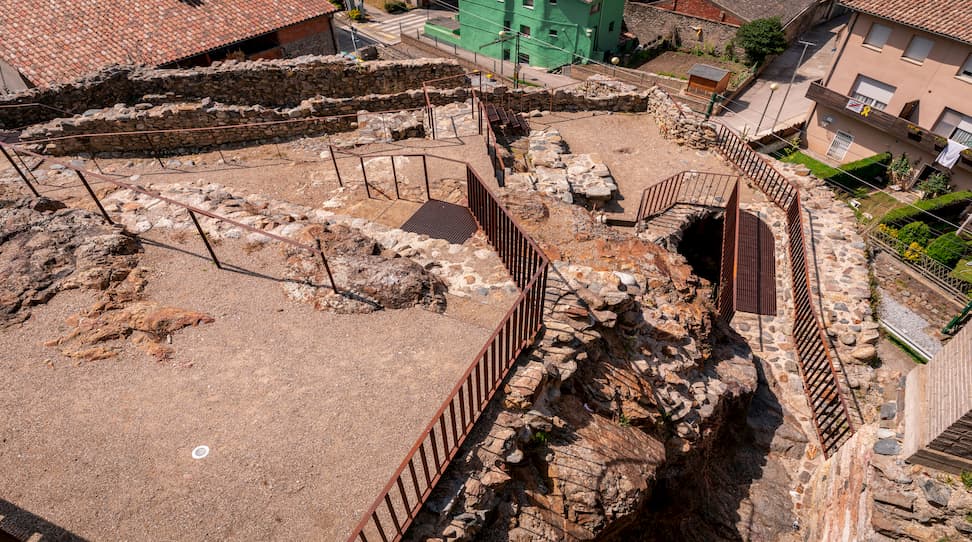